We must return to regional electricity grids — Thomas 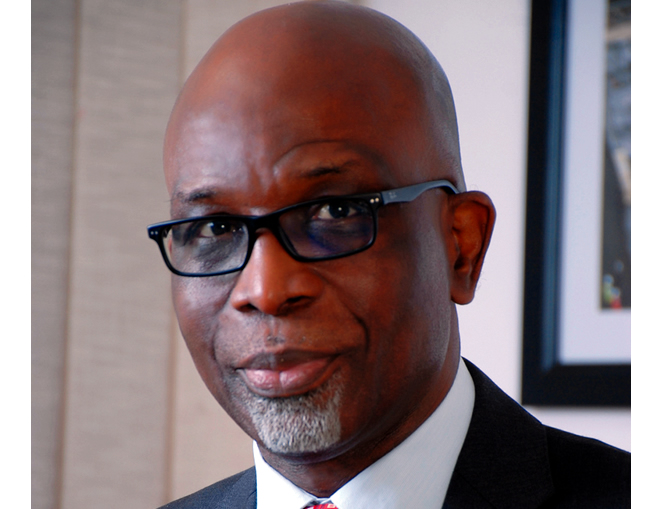 The President, Nigeria Gas Association, Mr. Dada Thomas, who is also the Chief Executive Officer, Frontier Oil Limited, speaks with IFE OGUNFUWA on the inefficiencies in the gas to power sector, among other issues

What is the state of the gas to power project?

In all honesty, the gas to power sector is in serious trouble and it is virtually a dead sector as we speak. The reason is very simple: the entire gas to power value chain is illiquid. It doesn’t generate enough money to sustain all the components of the value chain.

That value chain is very vast. It starts from gas production, which is what Frontier Oil does, to gas transportation – moving gas from where it is produced in the Niger Delta to where it will be consumed by the power generation companies. The gas gets to the generation companies, which turn gas to electricity.

The electricity is now transported by the transmission company (which is unfortunately owned and controlled 100 per cent by the government in Nigeria despite the sector reforms) to the 11 distribution companies for distribution all around the country, to the factories and offices that consume it.

The second is that the Discos were expecting to be given 5.5 gigawatts of power to sell on a daily basis. But how much power do we produce on the average? Sometimes we produce 2GW or 3GW, the highest we produced was 5.6GW in February.

The economics and numbers when they were buying these Discos was an assumption of getting a certain amount of electricity to sell. They are getting possibly 60 per cent of that assumption. The Discos have problems in collecting the money for the electricity they sell to consumers.

It is a disaster all round. The price is not cost-reflective, the collection is inefficient, and the amount of electricity that is available for sale is insufficient. The bottom line is that the entire gas to power sector is not a viable sector in today’s framework.

It should be a fantastic sector if all the components are intact. If ultimately, the sector is generating enough revenue to meet the requirement of the entire value chain, it will work. But we as a people and nation have to bite the bullets and take some very hard decisions about where we want this to go.

What decisions are you expecting the government and other stakeholders to make?

The government needs to ensure that interference with the pricing of electricity is stopped and the matter should not be politicised any longer. They have a process in place called the Multi-Year Tarrif Order, which has trigger-points for making adjustment to the price of electricity.

There had been repeated interference in that process which prevents the changes in electricity tariff from reflecting the macro-economic changes that had taken place in the country. There had been judicial interference, people are taking operators to court and the courts are ruling on commercial matters which should not be.

On the government side, thank God they have now appointed a board and commissioner for the Nigerian Electricity Regulatory Commission, because in my view, NERC has failed as a regulator to bring to order, people who are misbehaving in the electricity sector.

I said earlier on that the government and the Discos have their blames because when these franchises were bought, there were contractual and performance agreements that both parties had to fulfil.

If you listen to the Discos, they claim that the government has not fulfilled its own part; that there was supposed to be about N100bn fund that should have been injected into the sector by the government.

We know that government and its agencies are the biggest debtors to the Discos. The Nigerian Army cantonment, police stations and hospitals are not paying their bills and are essentially stealing electricity.

On the other hand, the Discos signed on to provide pay-as-you-go meters and phase out estimated billing, invest in generation infrastructure to improve electricity distribution and collection efficiency, as one of the key service level agreements.

The Discos, government and NERC have totally failed all of us. The Nigeria Bulk Electricity Trading has failed woefully in trying to make sure they fulfil their role to bridge the gap between the shortfall of money they have provided to the Discos and gas producers pending when the money will even out. They haven’t done this.

Will price adjustment address insufficient power generation and other issues mitigating against effective performance in the sector?

Price adjustment is fundamental to the entire problem. If we address the issue of collection inefficiency, transmission inefficiency and make sure that we have a super grid that will carry all the electricity we generate, that is nice. If the selling price remains lower than the cost price, we can’t have a viable business.

The first thing is for the government to ensure that we get a cost-reflective tariff. It is fundamental to the immediate and long-time survival of the gas to power sector. When we start solving other problems, we will make sure things become better.

If you don’t solve the price problem, we cannot get additional investment in the gas to power sector because the investors will run their numbers and say this is a waste of my time.

They can solve other problems such as collection inefficiency using technology. There are smart technologies that will prevent the theft and the bypassing of the system by electricity consumers in Nigeria. It requires substantial capital investment. The Discos are not ready to make that investment because they claim they are not making any money.

The transmission is a major problem. In my view, we cannot continue to have a one-grid system. We need to go back to regional grids and take the excess from a region and feed it into another regional grid that doesn’t have enough.

In the old days, Jos, Enugu and Lagos had regional grids. It is a huge investment and that is why it cannot be the sole role of the Nigerian government which we know hasn’t got funds to attack such problems.

We may have to partner the private sector to achieve this; and as the Gencos and Discos were privatised, please we are calling on the Nigerian government to privatise transmission. People have argued that it is a security issue. Why are we being paranoid about something that is an illusion? Not having electricity is a greater security risk in my view because it is depressing the ability to create economic opportunities for millions of unemployed youths. That is the greatest security risk.

The price has to be good enough for the gas producers to invest and for the transporters to borrow millions in naira to establish a transport system. It has to be good enough for more generating companies to invest in new power plants, for a new transmission system and for Discos to invest in new transformers and other smart technologies to ensure that consumers get the power regularly. Everything else is secondary.

The Central Bank of Nigeria recently made a payment guarantee to gas suppliers. Is this good news for players in the sector?

As the president of the Nigeria Gas Association, we were instrumental to pushing for that special concession. We met with the CBN which promised that something would be done. We are happy that few weeks later, that announcement was made. That N701bn intervention fund is specifically for the Gencos and gas producers. We are waiting for the implementation of that promise.

I am hoping they are working out the modalities but the silence is not a good thing. We will like to know what is going on with the disbursement of the intervention fund. We were told that it would allow payment for gas supply and power generation for the next two years. Within that period, we are hoping that all the stakeholders will come together, sit around the table to fashion out a proper acceptable ways to solving this quagmire we found ourselves in.

Have you considered how the vandalism of pipelines will affect gas supply in spite of the intervention fund?

Why would anybody in his right mind vandalise gas pipelines? Gas by itself is one of the most harmless substances, a flame by itself has its uses and when we bring the two together, a disaster happens.

I am puzzled by how people attack gas pipelines. It boils down to pure sabotage and people sending messages to the government that it is not only the oil they can attack. It is something that I find sad because of its economic impact. When gas supply is cut off, we will all be in darkness.

We are hopeful about the recent initiative by Vice President Yemi Osinbajo in his many visits to the Niger Delta; that of the Minister of State for Petroleum, Dr. Ibe Kachikwu, and the agreement on the 16-point agenda that the government came up with; they will yield results.

We are hoping all these dialogues will result in peaceful operating environment where vandalism will be drastically reduced.